3 Plumbing Problems that You Should Call a Plumber For

Home plumbing can necessitate emergency intervention regardless of season or time. The need for plumbing services can be made more dire if you don't take proper care of your pipes and let small problems fester under the surface (no pun intended) until they are serious. Below are some problems that commonly happen at home and usually begin as small problems. Learn what to do if any of them ever happens to you:

There are many reasons for a leaking or burst pipe in the home. One can inadvertently mess with the plumbing when carrying out an indoor or outdoor renovation resulting in damage. For instance, old, corroded or otherwise worn pipes can burst if subjected to high water pressure, having air blockages in pipes can result in hammering which causes loosening at joints, overusing drain cleaning chemicals can corrode pipes resulting in weak points or tree root systems growing horizontally can interfere with your external plumbing layout.

You can tell you have a leak if you find unexplained puddles of water lying around, growth of mould or mildew in certain walls (indicating water seepage through the pipes) or suddenly lowered water pressure in your taps or showers. Call in an emergency plumber to inspect your plumbing if you cannot identify the source of a leak. Left unattended, small leaks can result in even greater damage to the pipes, as well as wastage of water and hence higher water bills.

Leaks are the most common reason for a reduction in water pressure, but this isn't always the case. A blockage in the pipes, buildup of sediments and corrosion/rusting can also affect your water pressure. Fluctuating water supply can in time damage the pressure-regulating valves in your plumbing, resulting in lower pressure in your showers and taps.

You can take out your shower-head and clean it out to remove any calcium deposits or dirt that builds up to clog the shower without needing a plumber. If this doesn't change anything, you may have another defect in the system, and you should ask a plumber to come in for inspection as soon as possible.

Water hammering is most often the result of quick-closing valves – these are installed on dishwashers, laundry machines and toilets. The valve's abrupt closure can result in banging sounds in the water supply pipes. You can prevent hammering by having your plumber redo the insulation work around your pipes as well as installing hammer arrestors in water lines leading through quick valves.

Your pipes may also make noise when they are held too tightly in place, e.g. to a wall. Heating and cooling as a result of the weather or transportation of cold and hot water at different times causes expansion and contraction. When your pipes don't have enough space to expand/contract as needed, you'll hear some noises as they adjust. This can be avoided by ensuring that your piping is done by a certified plumber during initial installation and any subsequent repairs/replacement. In addition, ensure that they use moveable insulation on the pipes, so that they can move as needed without creating so much noise. 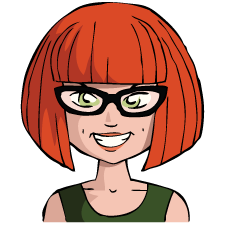